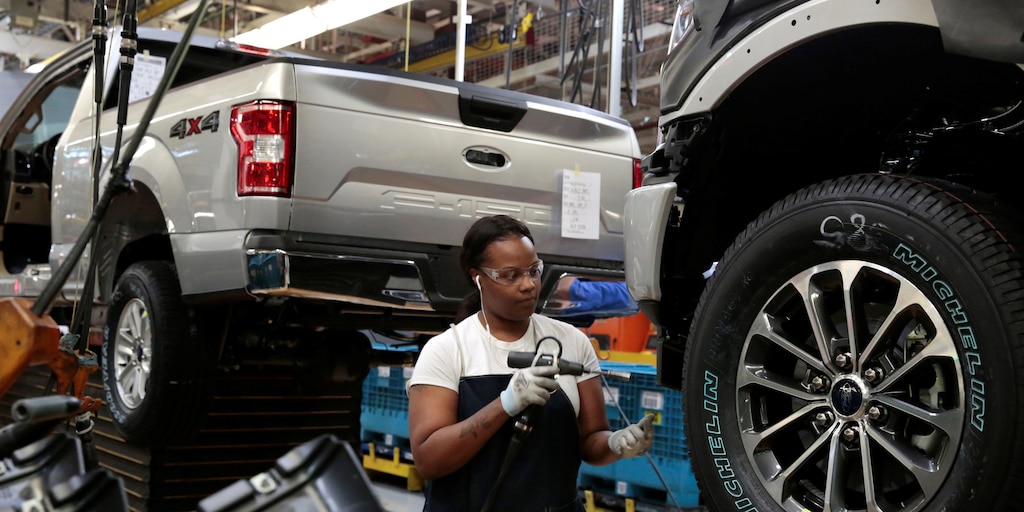 The labor market cooled at the end of 2019 but remained on solid footing, creating jobs for a record 111th consecutive month.

The Bureau of Labor Statistics on Friday said 145,000 nonfarm payrolls were created in December, compared with economist forecasts for 160,000. That brought the total gains for the year to 2.1 million, in line with what would be expected in the decade-long expansion but below the 2.7 million reported in 2018.

Payroll gains were widely expected to slow from a blockbuster 266,000 print in November, when the end of a six-week strike at General Motors brought back an estimated 50,000 workers. But the job market grew by more than enough to accommodate population growth, keeping the unemployment rate at a half-century low of 3.5%.

Wage growth continued to outpace inflation but fell short of the peak growth levels seen early in the year. Average hourly earnings rose 2.9% from a year earlier, slower than in November and below what economists would hope for with historically strong employment levels.

“It’s a reversal of a recent trend towards escalating pay growth as the labor market has tightened,” said Andrew Chamberlain, the chief economist at the job-search site Glassdoor. “Pay growth remains the one aspect of the job market that still hasn’t fully recovered in the decade since the Great Recession.”

Read more: One word keeps popping up as BlackRock and other industry giants name the risk most overlooked by investors. Here’s how 3 of them say you should protect against it.

Friday’s report was likely to bolster expectations for a new lineup of policy-setting voters at the Federal Reserve to hold interest rates steady for now. The central bank has signaled it saw little to no immediate need for additional stimulus following three cuts in 2019, though central bankers will continue to closely monitor tensions between the US and Iran.

“It would take job growth below 100,000 to rattle the Fed into considering more rate cuts, and, even then, the stall would need to be sustained for about three months,” said Josh Wright, a former Federal Reserve staffer who is now the chief economist at the recruiting-software firm iCIMS. “Rate hikes are still out of the question, especially with tensions in the Middle East causing oil prices to jump.”

Employers entered 2020 with a cooler but steadier economic picture than at the start of the previous year, when a government shutdown, financial-market turbulence, and trade escalations had darkened the outlook. Policy uncertainty has since edged lower, and consumers have continued to spend at a strong pace.

“Households have sort of quietly been making spending power gains throughout 2019, perhaps helping explain why consumers almost single-handedly carried this economic expansion on its back through the back half of the year,” said Jason Pride, the chief investment officer of private wealth at Glenmede.

A temporary government hiring spree is also expected to boost payrolls ahead of the 2020 Census count, which kicks off in April.

The US and China are expected to sign an interim trade agreement next week, lowering tariffs on some products and paving the way for a broader de-escalation between the world’s two largest economies. But tariffs remain on more than $250 billion worth of products, weighing on profit margins and business investment plans.

That has continued to add to a broader slowdown seen across US factories, where growth contracted for a fifth consecutive month in December. The manufacturing sector shed 12,000 jobs last month.

The job market was slow to pull Americans from the sidelines. The labor-force participation rate remained unchanged at 63.2% in December, a figure that is low by historical standards and compared with global peers.