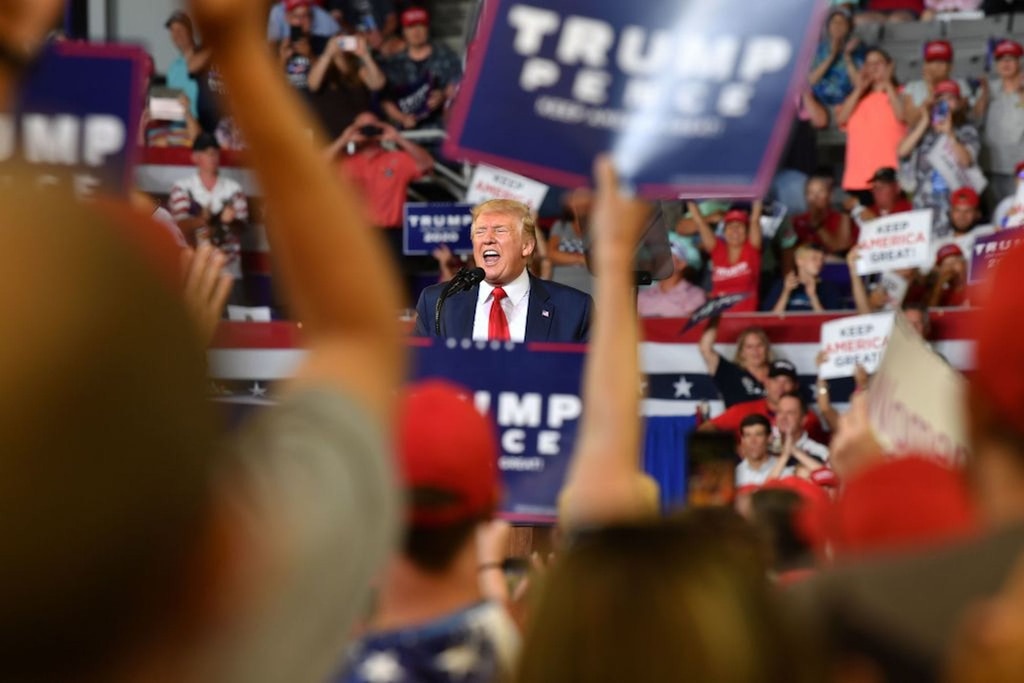 Many Wall Street figures predict that President Donald Trump will win another term in November, according to a recent Goldman Sachs client poll, even as he faces charges of abuse of power and obstruction in a high-profile impeachment trial.

“A whopping 80-90% of participants at our client conferences thought that President Trump would win reelection in November,” Jan Hatzius, the chief economist at Goldman Sachs, said in a research note Wednesday. “And he certainly has significant advantages.”

Trump’s approval rating on the economy rose to an all-time high of 55% in a Washington Post-ABC News poll this week, renewing focus on the “America First” campaign pledges that helped propel him to the White House in 2016. Approval of his overall performance in office remained historically low at 44%.

“That said, at this point President Trump’s net approval rating is similar to that of the two postwar incumbents who lost, Jimmy Carter and George H.W. Bush,” Hatzius added.

Trump has a favorable distribution of voters across the country, according to Hatzius. That could allow an outcome similar to the last presidential election when Trump lost the popular vote by nearly 2.9 million but still won the electoral college.

“I don’t know how the election will go in November,” George Pearkes, a macro strategist at Bespoke Investment Group, wrote on Twitter in response to the Goldman Sachs poll. “I don’t know who the Dem nominee will be, October surprises, whatever. But strictly from a forecaster’s perspective, this degree of confidence is shocking.”