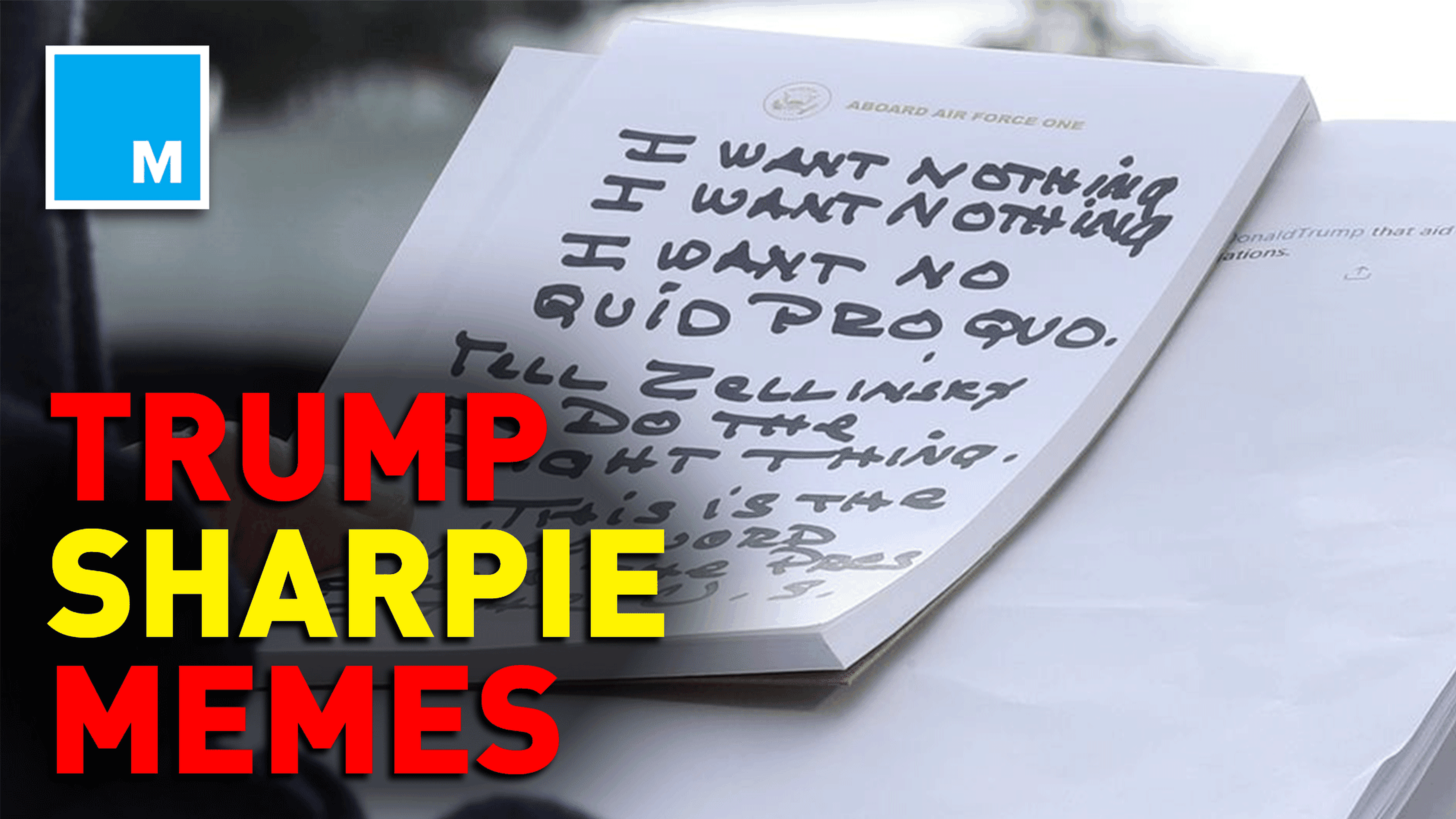 As the impeachment hearings rage on, President  Donald Trump is busy scrawling extremely official statements with a large Sharpie on a pad of paper in all caps.

On Wednesday, U.S. Ambassador to the European Union Gordon Sondland arrived on Capitol Hill to give, what’s so far been a seriously explosive testimony against the president.

Sondland kicked things off by claiming that Trump and his team were very aware of quid pro quo in Ukraine, and said, “Everyone was in the loop. It was no secret.” Meanwhile, Trump spoke to press outside the White House while leaving for Texas, where he read a bizarre-looking handwritten statement to deny once again that he did anything wrong.

The president did not answer questions from the press. pic.twitter.com/gWKZmbK0Uf

Trump went on to discuss his conversation with Sondland before reading the part of his notes that were captured in several photographs.

As is usually the case with photos of Trump’s handwritten notes — which often come across as nonsensical and include their fair share of spelling errors — it wasn’t long before the memes started rolling in.

The dumbest thing about Trump writing all his talking points notes in giant sharpie is that it makes every actual photo of his notes look like they’re written with the standard photoshop round brush. https://t.co/gqBunnp4m5

Irrelevant but Trump’s notes to himself always look so much like the poems my blind 93-year-old grandmother writes in sharpie and mails us on holidays and birthdays pic.twitter.com/66DRRhKpRJ

hell of a viral marketing year for sharpie

Trump is no stranger to using a Sharpie, and is often seen holding handwritten marker notes. You may also recall #SharpieGate, a hashtag that sparked in September after Trump presented an enlarged map of Hurricane Dorian’s projected path that included an extension drawn in Sharpie to reflect his earlier statement.

He simply loves those thick, black, smelly permanent markers, and whenever he uses one it never fails to fascinate the American people.

The way this hearing is going though, Trump might want to invest in a few more statement-writing Sharpies.

UPDATE: Nov. 20, 2019, 5: 01 p.m. EST: Trump visited an Apple plant in Austin with Tim Cook on Wednesday where he pulled out and read his Sharpie notes when a reporter asked him about Sondland’s testimony.

Put Your “Frozen” Knowledge To…

Someone used a cheese slice…