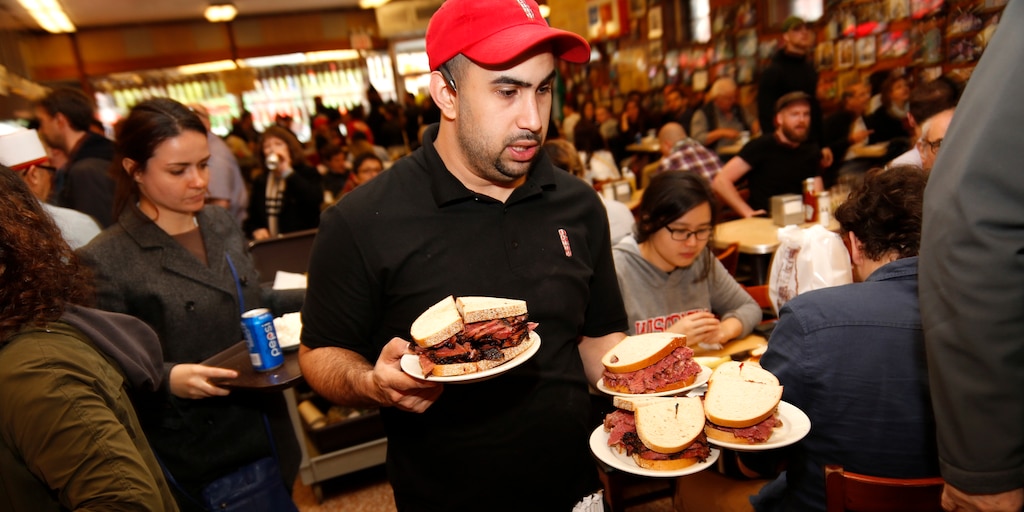 The US services sector grew more in October than analysts anticipated, surging from a three-year low on healthy employment, business activity, and new orders.

The Institute for Supply Management’s non-manufacturing index jumped to 54.7 from 52.6 in September, according to a Tuesday report. Employment rose to 53.7 in October, echoing Friday’s jobs report that showed employers adding 128,000 payrolls last month despite continued trade tensions and a 40-day GM strike.

The result exceeded the 53.5 median estimate from economists surveyed by Bloomberg. September’s reading was the index’s lowest point since August 2016.

Services make up roughly 90% of the nation’s economy, and their strength throughout recent months propped up GDP as manufacturing slowed. The US Commerce Department said Monday that factory goods orders fell 0.6% in September after tumbling 0.1% the month before. The manufacturing industry fell into a recession earlier this year as trade war tariffs and global economic slowdown weighed on its performance.

The positive report also supports Federal Reserve chair Jerome Powell’s recent statement that monetary policy is in a “good place” to sustain the current pace of economic growth. The central bank has cut its key interest rate three times this year, but signaled on October 30 that it would pause rate cuts to judge whether additional adjustments are necessary.

Business activity and new orders also rose in the ISM’s October report to 57 and 55.6, respectfully. Any reading above 50 indicates expansion, while results below 50 signal contraction.

The Chinese yuan is above the key psychological level of 7-per-dollar for the first time in 3 months. Here’s why that’s a big deal for markets.